Itchy feet. First experience was when I was approx. 9/10 in N Ireland on a boat belonging to a Cousin – Wallace Clark of ‘Snow Goose’ fame, though not that. While none of my parents nor siblings have the fainted interest, I was hooked after that first sail and was an utter disappointment to my family in trying to chase that goal instead of getting a ‘proper job’.

And it has not just been sailing but other marine/wind activity as outlined below that includes: sea kayaking – kite surfing – small and large boat sailing voyages in demanding water in the Arctic and Antarctic.

You never defeat or conquer nature – you might be let go after a terrifying experience that also offers exhilaration – fear – terror – calmness – relief – reflection – even boredom at times, but all the senses are woken and redirected from just being a cog in Homo Economicus.

Your fellow crew can also show heights and depths of human nature and teaches all how to live in or with that cake mix of ingredients and accept the rough and smooth edges that exist in us all.

An unappreciated range of benefits at the time after taking part in the 1976 OSTAR has stood me in good stead since. Self reliance – confidence – ability to work through problems slowly and carefully – even being more close to natural influences that are our 6th sense…..

Saying that, this event will be a challenge to be solo for so long but why wouldn’t you like the opportunity to sail RTW…..

Primarily, because I could participate in my own boat and keep the budget reasonable. I will be using my pension as source of the funds unless I can procure others, but what else was I saving for….!

First, to make the boat as bullet proof and easy to sail as possible on the principle of: to finish first (Or well.) – first you have to finish.

Second, time on the water to explore what will make 1. work.

I will however seek to improve my well used body that include a few spare parts but I believe I am mentally stable enough to deal with most things that will inevitably occur.

Sourcing funds is always a challenge and there is little history in Ireland of finding support for these sorts of experiences – but we will get there.

Being solo will have its highs and lows for sure but the amount of digital stuff now that is part of sailing – even on a fairly ‘simple’ challenge such as this – comms/instruments/electrical/etc, can be a challenge in itself…..

My first few trans atlantics were in very simple boats – no engine/toilet – just bucket and chuck it/no VHF or other radio – just sextant and dead reckoning with paper charts….forgotten most of it now.

I have owned Killary Flyer for over 20 of her 40 odd years and have full confidence in her to keep us both safe and do well in a RTW. She was built in UK by a company called ‘Joyce Marine’ of Lymington – disappeared – of alloy to a Frers design as a 2 ton IOR class boat. Being alloy – which was a conscious choice – I regard her as nearly 100% recyclable, as long as she keeps floating! – and that will be part of my campaign message. Renew – reuse – repair instead of constant use of the planets diminishing resources.

She will be a handful at times but I plan to improve systems and make her easier to sail for a pensioner on the principle of ‘Any fool can be uncomfortable’.

Are there other boats I would like – maybe – but it is not really a critical factor.

Already mentioned is the issue of: renew – reuse – repair so this will be a plank of this project and after 3 trips to Greenland – twice in this boat – I have seen first hand the dramatic climatic changes and consequential social changes that are rapidly taking place in the Arctic – this will subsequently affect us all and appears to be already with the hottest year on record just been.

In addition, I hope to be able to create some further support stream for the creation and build of an Irish sailing Trust vessel – none presently – to provide both a trading and trainee experience based on the new world of ‘Sail Trading’ – where trainees help sail a wind driven trading vessel and learn not only those skills but transferable skills in commerce and digital platforms.

2019 – A Greenland Story
Skipper/Leader: 3 month trans Atlantic sailing project to make a film/documentary on the changing climate and subsequent social changes on the west coast. Post Production under way.

2008 – Three Peaks Yacht Race
Skipper/Leader: 5 man team. A sail to the base of the three highest peaks in Wales, England and Scotland, team members then climbed each peak.

2007 – The Azores & Back Race
Skipper: Two person, 3,600 mile sailing race from Falmouth, UK to Ponta Delgarda in the Azores. And return.

1990 – Development of Killary Lodge into 22 room Special Interest Base.
A major investment as a base for special interest groups: Corporate – painting – Yoga – etc.

1974 – Storm Passage Expedition
Crew. Winter sailing trip via: Maderia – Canaries – Mauritania – Cape Verde – Azores and the Atlantic as recounted in book written by John Ridgway ‘Storm Passage’. Again, no engine/radio but a proper toilet. 6 crew including John/Marie Christine’s 7 year old daughter. Unforgettable for many things but getting swamped in a storm off the west coast of Ireland in late December is the most memorable. 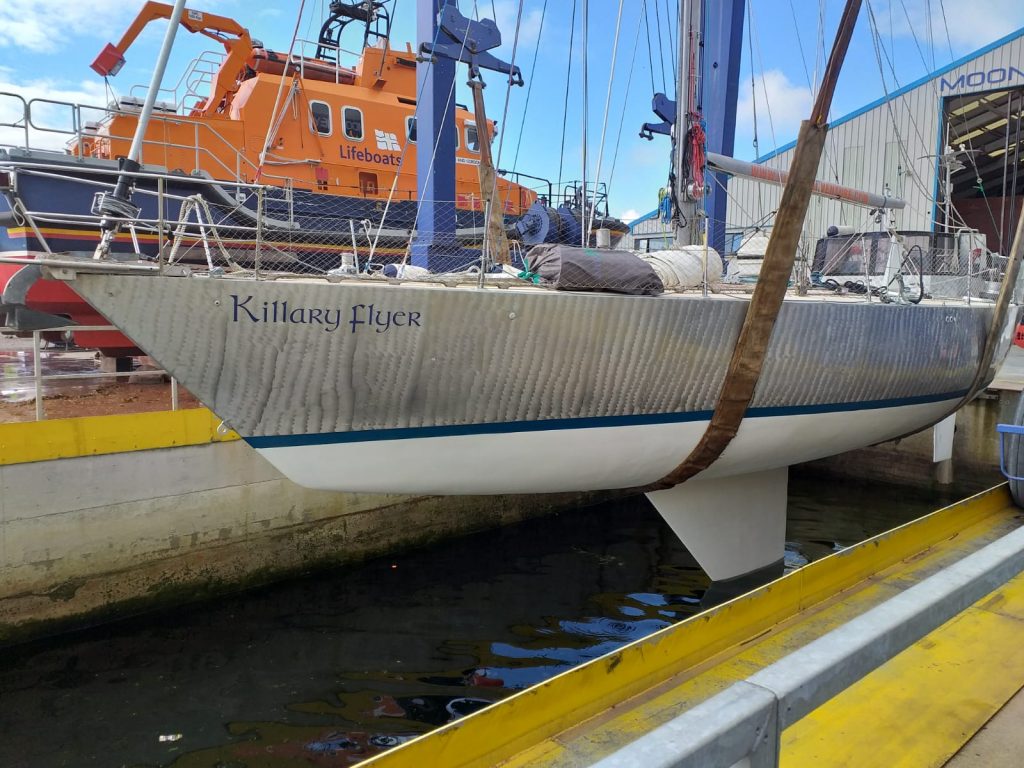