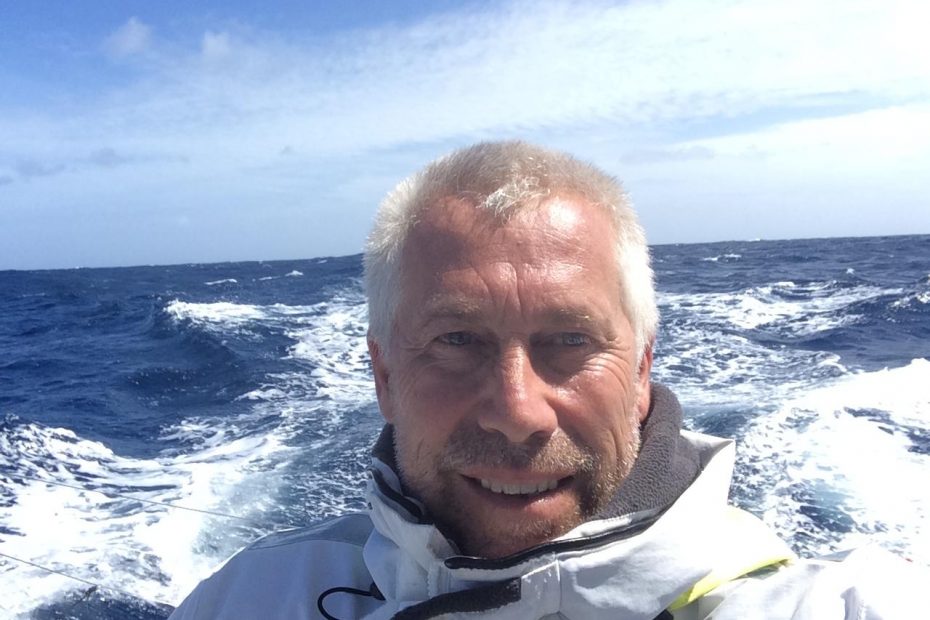 The Global Solo Challenge is proud to announce the involvement of Josh Hall as Event Management Consultant for the 2023-2024 Event. Josh Hall has a remarkable list of achievements both in terms of offshore yachting experience and as a Project Manager for various well-known teams. He also has a proven track record in Crisis Management, having coordinated several high profile rescues and emergencies at sea.

We believe that Josh can bring together a pragmatic, achievable and reasoned event and risk management strategy for the Global Solo Challenge.

Adventure should not be synonymous with taking unnecessary risks, rather the opposite. The Global Solo Challenge is an Event where those who dream of completing a solo circumnavigation can do so in a safer, more controlled context than if they were to set off independently.

Offshore yachting incidents can occur regardless of caution and preventative strategies, but it is imperative that all reasonable mitigation strategies reduce risks and consequences are in place. Emergencies must, and can be, managed. Appropriately prepared and equipped boats should provide enough shelter and safety until a rescue is possible.

We would prefer not to think of this side of things, but we have to accept the inherent risks with a circumnavigation on any boat, and put in place control and mitigation strategies of the risks that cannot be eliminated.

Sailing around the world single-handed, non-stop, is inherently risky

The Global Solo Challenge is a single-handed, round the world, sailing event on production boats that satisfy a minimum safety criteria set out by the organisers. Josh Hall will play a crucial role in advising the organisation in defining a protocol to be used in considering the variety of boats that are expected to take part at the Event and which may each pose different problems; risks and needs for risk mitigation strategies. This protocol will be used to help the organisers to decide if a boat is admitted to the event or not.

Often in an emergency during a round the world event, the very closest assistance is another competitor. For this reason the Global Solo Challenge has a unique format where boats do not set off simultaneously, but are grouped according to their performance characteristics.

The slowest boats will start first. The fastest ones will start last. The aim is to create a compression and re-gathering of the fleet when the event participants navigate through the most dangerous waters of the Southern Ocean.

Keeping the fleet together

The faster, larger boats should be just behind the  smaller, slower boats at the crucial passage of Cape Horn. The calculations are not easy on such a long voyage, but every effort has been put in to work out realistic scenarios. After Cape Horn, the boats will effectively start their run home with the fast boats finally having a chance to catch up and maybe even overtake those that had been given a head start.

The staggered starts have been calculated with fairness so that, on paper at least, all boats once started have the same chance of finishing first. The event is not run on corrected time. After the start it will be the first boat home that will win the event. There is no similar event, and unlike the majority of competitions, in this Event the budget will not necessarily be the key to winning.

The right boat, the right skipper, the right navigation, the preservation of boat and equipment could make a smaller boat that sets off first the eventual final winner. The range of boats will be approximately from 35ft offshore cruisers to vintage Class40’s, please consult the site for full details.

The decision to participate remains always with the person in command

Josh Hall will consult with the Global Solo Challenge in defining the safety requirements of the boats which will result in a pragmatic checklist that will transparently allow us to determine if a boat, given all available information, should realistically be allowed to take part in the event. Not all risks can be eliminated – ultimately each person in command must decide whether to depart, continue or stop their navigation, it is their sole responsibility. This has always been a founding principle, but providing a context is a moral duty.

In discussion with Josh Hall it has already been confirmed that weather routing will be allowed. We do not believe that for the type of event that the Global Solo Challenge aims to be disallowing help on weather is sensible. There are two aspects to this: Firstly, a “no weather routing policy” is impossible to monitor given modern technology and ease of communication from a boat via satellite phones; secondly, not all participants have the same skill sets in reading the weather ahead so, when the going gets tough, the ability to request a sensible strategy to avoid the worst of any storm dramatically increases the safety of participants.

Josh Hall has always been known for his practical, matter-of-fact, and pragmatic approach and we believe his advice to the Event will be one of the pivotal elements for its success. Josh started navigating with Sir Robin Knox-Johnston as crew of the Catamaran “British Airways”. Debuted his solo sailing career in the 1988 OSTAR on a 34ft mono-hull quickly stepping up the game and taking first place in Class 2 in the 1989 Round Britain and Ireland on his Open 50 “New Spirit of Ipswich”.

With the same boat, Josh went on to take 3rd place in Class 2 at the 1990 BOC Challenge and first overall in the 1991 BOC Transatlantic Race. On the Open 60 “Gartmore” he has taken again the route of the 1994 BOC Challenge where he himself lived through the nightmare of a collision with a container and subsequent rescue.

Josh has faced difficulty and learnt and moved on each time. In 1996 he took 2nd place in the extremely competitive fleet of the OSTAR again on the Open 60 “Gartmore 2”. In 1996 the BOC Challenge (then Around Alone) proved to be a test for Josh, who after dismasting in the Southern Pacific sailed 1500 miles under jury rig. 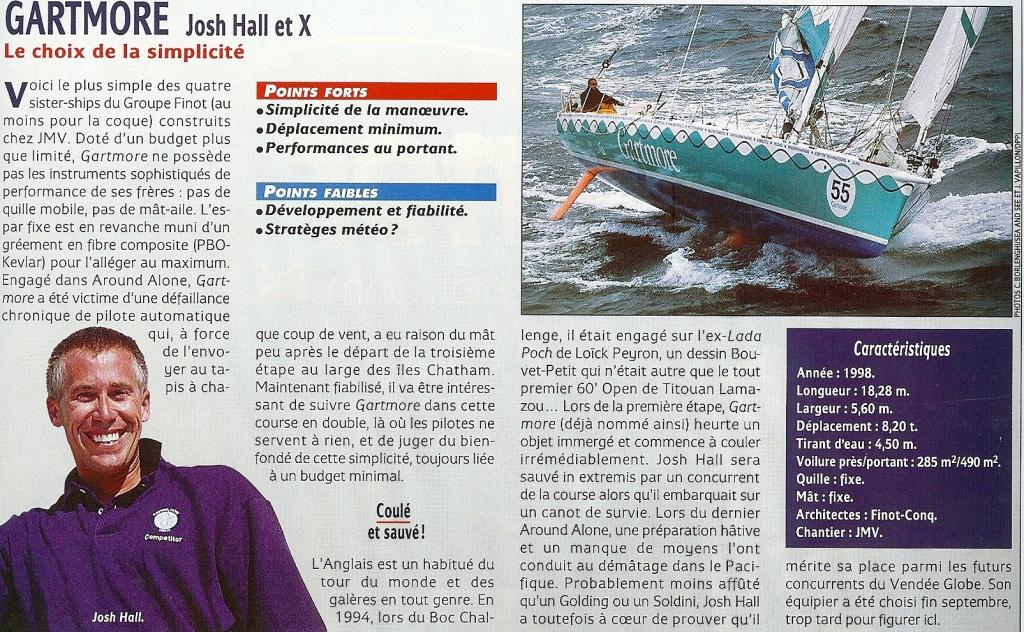 All his experience however finally came to fruition when on “EBP/Gartmore 3” he completed the Vendée Globe in 9th place. Before refocusing his career on project management he pulled out one more card out of his sleeve, with a 1st place as Co-Skipper on “Gryphon Solo” at the Transat Jacques Vabre 2005 in the Open 50 Class.

As a project manager he has worked on projects for Emma Richards, Steve White, Alex Thomson, Joe Harris, Koji Shiraishi, Philippe Kahn, David de Rothschild and has been consultant to numerous campaigns ranging from Class40s to Open 60s as well as other classes.

When it comes to Josh Hall’s experience in Crisis Management we know we touch a delicate subject. So we would like to simply mention some incidents he was involve in where his contribution was crucial.

The Global Solo Challenge is honoured as well as relieved to be able to make this announcement today. We could not think of a better person to provide our organisation with crucial advice which we’ll do our best to implement according to Josh’s recommendations to the best interest of participants of the event.

To learn more about the team behind the Global Solo Challenge consult the “Team” page or contact us.