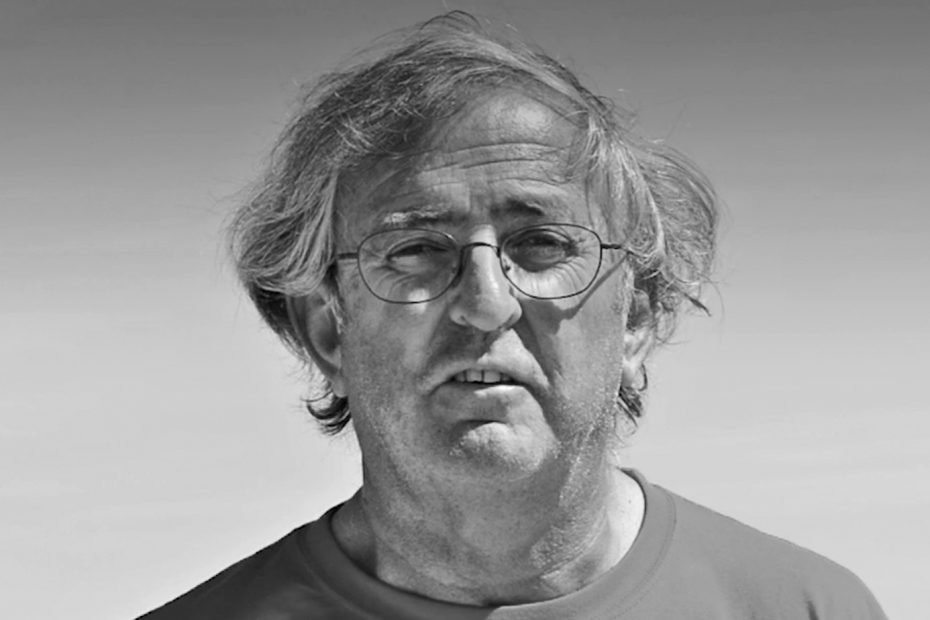 Patrick Phelipon may be the third skipper to sign up for the Global Solo Challenge but he is the first one to do so as a “Full Entry” with his own boat. He will obviously have to complete his qualifier passage and reassure the organisers that skipper and boat are fit for the voyage, but we could say he is nearly good to go! The boat is already undergoing a complete refit. Patrick is currently 67, French and lives in La Rochelle. You can visit his personal website at http://patrickphelipon.com. He has already sailed once around the world but has clocked so many miles in his life that it is as if he had sailed round at least an additional 3 times! Experience is his ally.

Where does your passion for sailing come from?
Since I was very young I loved sailing boats and as soon as possible I was at the harbour looking all the sailing boats, when we, with my family, came back from Marocco to stay permanently in La Rochelle my father open a ship chandlers and I had the opportunity to sail with the First Sangria from Jeanneau in many races even in Brittanny. On the yard of my father the Damien was prepared to start her circumnavigation and listening Jerome and Gérard speaking of their dream I got contaminated…. Few years later I had the chance to sail the first Whitbread Round the World Race with Eric Tabarly on Pen Duick VI. After that my life was 100% turned to the sailing world working and sailing as much as possible.

What are the lessons you learnt from sailing?
Respect of the other, of the Nature, and to be always modest trying to listen as much as possible and to be thoughtful about everything surrounding me and about the events….

What brought you to like single-handed sailing?
Because of my work on sailing market I had always to sail with crews but since the dreams of when I was young I was attracted by solo sailing, I sailed many races in double (because there were no solo races in Adriatic). I also feel serene when I’m solo on board, I don’t have sailed many miles alone but I’m sure it’ll not be a problem for me.

What prompted you to sign up for this event?
I tried to enter in the Golden Globe Race in 2018 but some parts of the rules didn’t seems reasonable for me, Also I didn’t get the boat ready on time for a sponsor who didn’t respect his promise. So I decided to re-sail the Longue route of Bernard Moitessier but at home someone is not so happy for that choice so as I was informed by Yvan Dimov of this new race I knew this was the one to enter to realise my dream. Also the fact that the race is managed by Italians that’s important as I know quite well after more than 40 years spent in Italy.

How do you plan to prepare for this event?
My boat is now “open” and all to reinstall on board after some structural works some done other to be finished. I hope to put the boat back on the water on spring 2021, then I want to sail in Mediterranean sea till September and then sail across Atlantic to check how the boat is sailing, to know it better and improve her when back in Europe then sail, sail sail again as much as possible till the start of the GSC.

What do you think will be the biggest challenge?
Be competitive enough to try to win ( I’m still a competitor on my mind even if I had a period in the past years where I thought not to be competitor any more ) The 2 ARC and the Arc+ I sailed in the past 3 years show me that I’m still attracted by competition probably with a different point of view than before…

Tell us about your boat or the boat you would like to have?
My boat is an Endurance 35 designed by Peter Ibold built by Stratimer in south of France in 1979 with the serial number 54. The hull is in GFRP with a plywood deck which was done completely new by the previous owner and cover with epoxy and thin fibre glass. During the past year I reinforced the junction hull and deck and add some reinforcement on the front part. I’m also preparing 2 watertight bulkhead and a crash box in the bow. I’m replacing the original Perkings 4108 engine with a smaller one to get more place in the bilge where i’ll will move the fuel tank and have more stowing place in the central part of the boat for food and other. I’m installing also an inside wheel to sail the boat from inside for more safety. The boat is actually rigged as Ketch but I want to test the sloop version always for safety reasons (less weight on the height). The boat will be fitted with a wind vane and automatic pilot (always for safety). The idea is to sail as green as possible…

Do you intend to link this personal challenge with a social message?
I don’t know yet but if I find a link with an ecological project I’ll be interested.


Anything else you want to add
I think that the concept of this GSC is a very good idea and I trust the organisation.


Sailing Milestones
A life of sailing… I’ve designed and sail a special project the EFFRAIE , a mini-tonner with only the mainsail as a big Finn , with which we won The world championship in 1976; I’ve sailed the first Whitbread round the world race; sailed part of the first Round the world rally, 2 Admiral’s cup seasons, 2 SORC in florida, many 1/4, 1/2, 1 ton cup, more than 20 seasons of races in Italy and Mediterranean sea, 4 or 5 Swan cup in Porto Cervo, 2 ARC and 1 ARC+, 3 Middle Sea Race, more and more…. 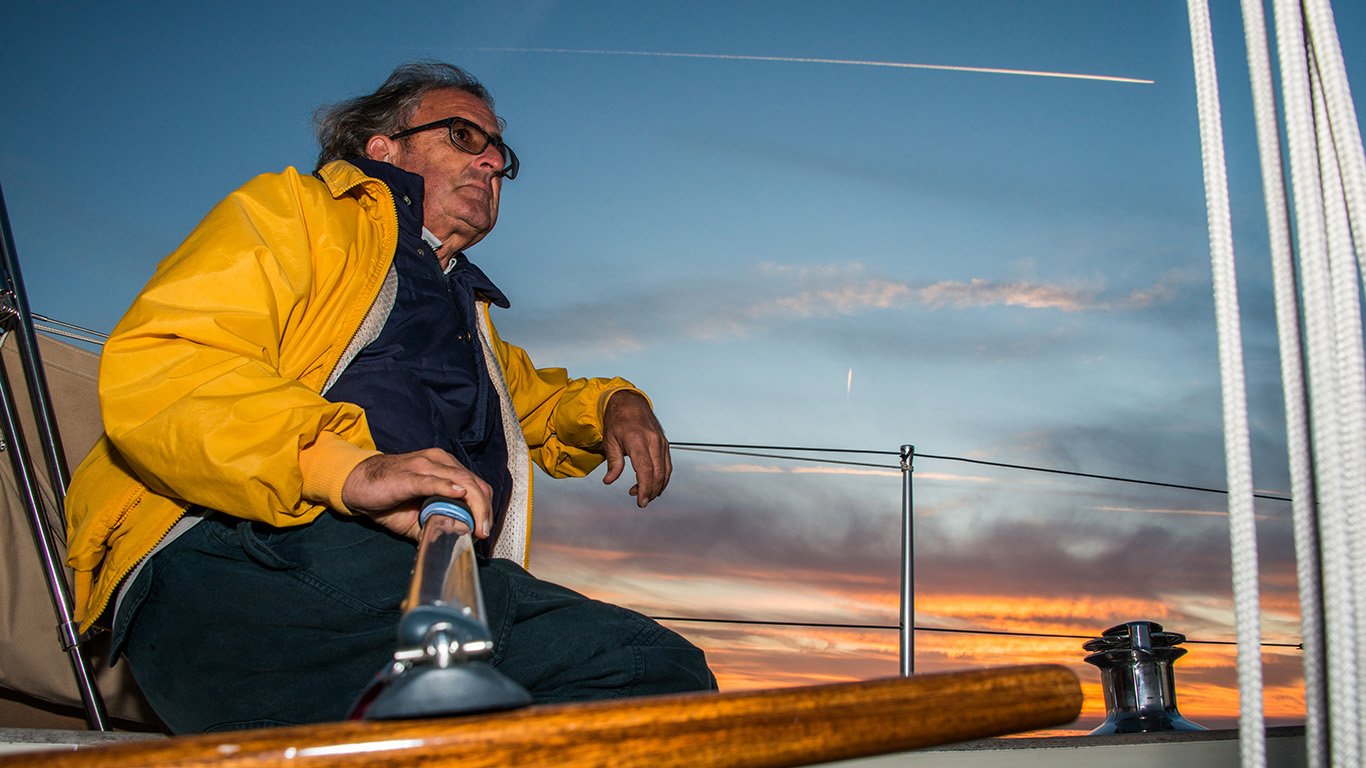 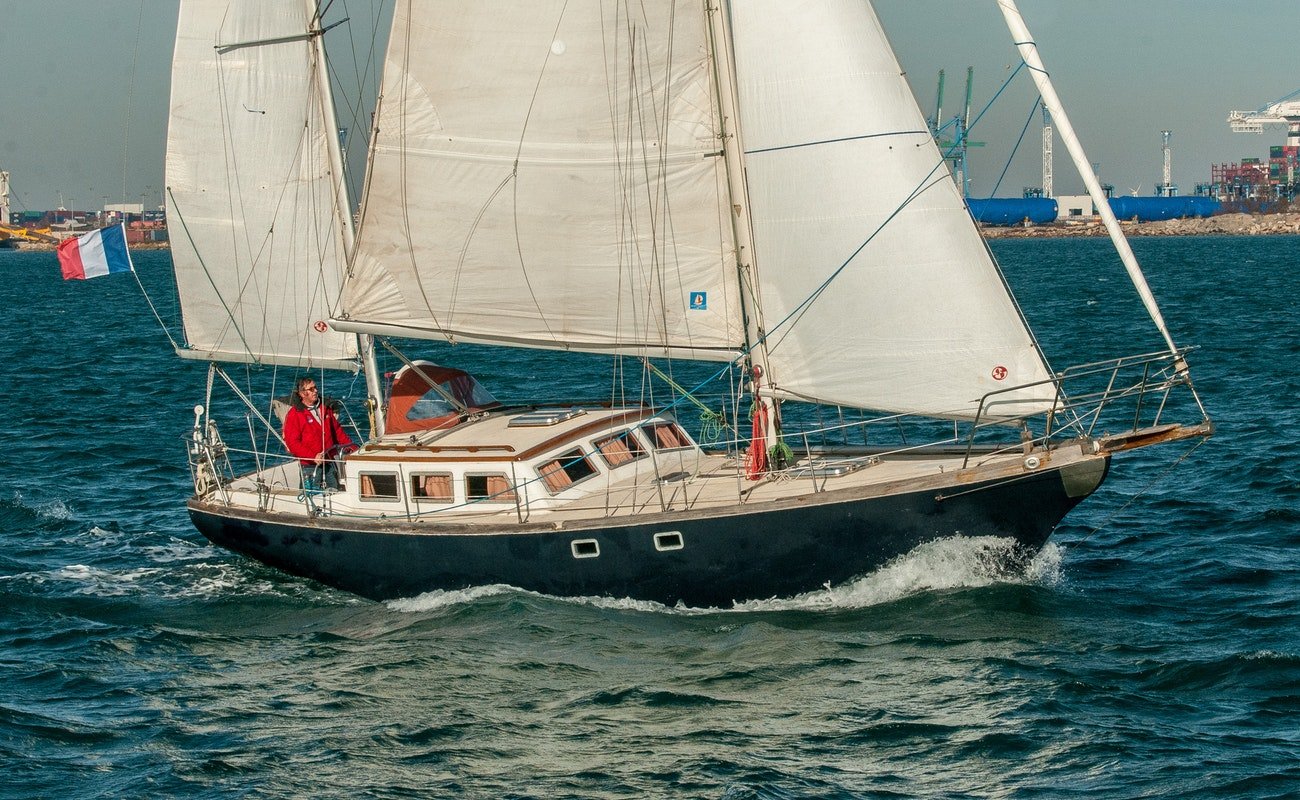